As the mutable fire sign, Sagittarius is adventurous, full of wanderlust, and a strong defender of the truth and justice. Thanks to its ruler, Jupiter, the planet of abundance, the ninth sign of the zodiac is associated with going big or going home, so as far as Sag is concerned, more is pretty much always better. And that expansive, unfiltered, go-getter vibe sets the tone for this month’s full moon in the sign of the Archer.

Falling on Tuesday, June 14 at 7:52 a.m. ET/4:52 a.m. PT, this spirited, romantic, and yes, plenty fiery moon is an opportunity to go with your gut, take a stand, and speak your truth. After the dramatic and often heady spring we’ve had, thanks to eclipse season and Mercury retrograde, it’s sure to be an especially empowering moment.

The full moon in Sagittarius is an opportunity to speak your truth.

Full moons — which happen when the confident sun exactly opposes the intuitive moon — always present a monthly opportunity to wrap up projects you started six months or even two weeks prior. They’re culmination points, breaking points, and a chance to release anything that’s no longer serving you. And with this month’s full moon falling in jovial, unfiltered, philosophical Sagittarius, you’ll be more apt to hear your intuition and allow that to drive how you express whatever your gut has been telling you — likely for at least the last six months. After all, the new moon that kicked off this particular cycle also happened to combine with a solar eclipse to not only initiate a new chapter but to spur massive change.

And given Jupiter’s influence, there’s likely nothing small about the moves you could be prepared to make now. You might be motivated to channel your emotions into an experience that moves you beyond boundaries and promotes personal growth, given that Sag is the ruler of the ninth house of adventure and higher learning.

But while Sag has a rep for being such a dynamic, bold sign, it’s also a mutable one. The sign of the Archer, as well as Gemini, Virgo, and Pisces, the mutable signs are the most adaptable of the zodiac. So while this full moon is certainly one that could spur outspoken, spirited behavior, it’s also a time that lends itself to going with the flow. 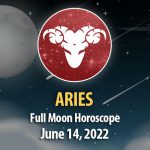 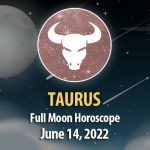 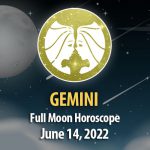 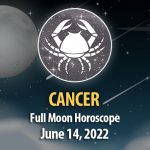 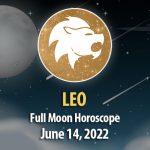 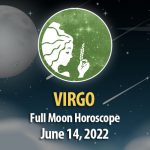 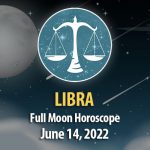 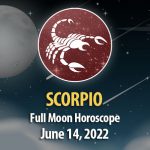 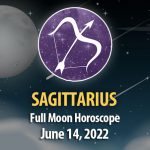 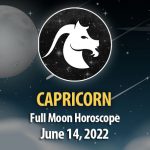 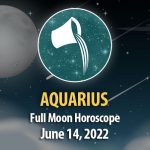 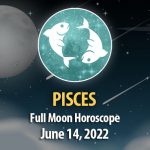