Between doozy eclipses and Mars going retrograde, the astrology of the last few weeks has been rough. Thankfully, with the sun moving into jubilant, adventurous Sagittarius, you’ll have the opportunity to reignite your optimism — particularly because just one day after Sag season kicks off, the sky hosts a buoyant new moon.

Falling on Wednesday, November 23 at 5:57 p.m. ET/2:57 p.m. PT in Sagittarius, the mutable fire sign ruled by Jupiter, the planet of abundance and expansion, this moon is inspiring, energizing, and confidence-inducing. And it could spur you to step out of your comfort zone not only in the coming days but for months to come.

The new moon in Sagittarius brings your attention back to an area of life that recently got a makeover.

New moons — which happen when the confident sun pairs up with the security-seeking moon — generally offer the chance to gain clarity around a new chapter you want to write over the course of the next two weeks (up until the next full moon) and next six months (when the corresponding full moon occurs). And this particular new moon is tailored to tapping into your most adventurous side and entertaining a game plan that may freak you out a bit to even think about, let alone move the ball forward on.

Still, chances are you’re quite familiar with the aspects of life that are in focus now. That’s because the final eclipse of 2021 fell in Sagittarius as well, bringing big change to whatever sector of your chart Sag oversees. For example, if the wanderlustful fire sign rules your second house of income, it’s possible you dealt with shakeups related to how you earn a living. If it rules your seventh house of partnership, one-on-one relationships certainly weren’t the same as a result of major shifts that may have been in progress late last year.

Now, the dust has settled, and this new moon presents you with an opportunity to set a powerful intention that could take the status quo to the next level in a pioneering and unflinchingly upbeat way. In fact, you may be tempted to go bigger and biting off more — even if it’s beyond what you can chew. After all, Sag is ruled by enormous Jupiter, which magnifies everything it comes in contact with — including your desires and intentions during this new moon. 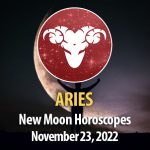 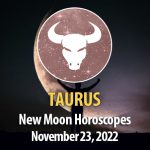 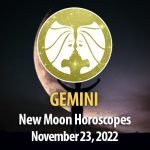 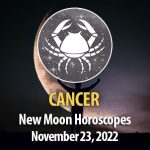 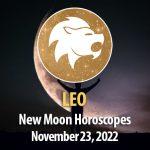 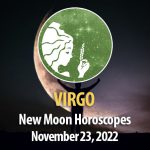 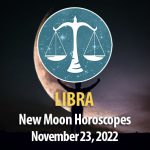 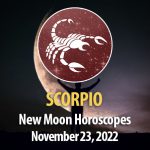 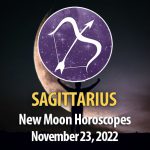 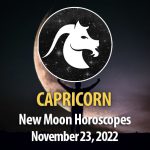 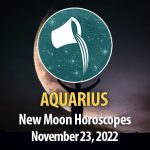 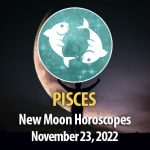